Influencer Marketing and the Rogue Publishers

Influencer marketing takes a dramatic step away from traditional outreach. It tends to leverage well-established media outlets, professional journalists, and PR agencies with established protocols. Marketers after all, like to know who they’re dealing with. They want to know who is creating content that mentions their brand. For example, what they are saying before it’s published, and what other types of content will be adjacent. In this article we will look at various aspect of Influencer Marketing and the Rogue Publishers tactics.

Influencer marketing breaks with all those time-honored traditions. It rely on grass-roots providers who are usually not professional marketers or content producers. Such as, who have sometimes built up large audiences by saying controversial things that are buzz-worthy.

For Example: Influencer Marketing and the Rogue Publishers

Take for example YouTube superstar PewDiePie. His recent idea of a viral joke was hiring a couple of Indian men to dance while holding a banner that read “Death to all Jews”. The purpose of his video was to show, ostensibly, that people will do anything for five dollars. And then hiring the Indians on a low-quality gig platform called Fiverr to do his bidding. Nonetheless, very few brands would want to be associated with an influencer who would cross that line.

There’s more than one kind of influencer

A common mistake made by those seeking to incorporate influencer marketing as a tactic in their basket. They think that influencer marketing is primarily a social media phenomenon and that to take advantage of it. They must engage with grass-roots, often non-professional, influencers who have built up large audiences.

In fact, influencer marketing takes different forms, some of which bring about more certainty and less risk, with the same potential reward. Influencers may be brand journalists or content marketers with connections to multiple media outlets.

Take another look: Influencer Marketing and the Rogue Publishers

The hip-hop music video industry is an excellent example of brand marketing done right. Unlike the lucky buffoons who publish childish antics on YouTube, the hip hop industry understands very well the nature and value of marketing and placement. Because this music genre came of age at a time when the music industry was struggling to find a new revenue model, product placement became acceptable.

Hip hop artists became brand influencers. In French Montana’s “Figure It Out” video featuring Kanye West, for example, we see skilled choreography and intentional lyrics, with brand placements that are subtle enough to seem organic to the video featuring products such as Beats by Dre, Hyper Energy, Ciroc Vodka and KandyPens tobacco vaporizers. Is the music occasionally offensive? Yes, but the brands being represented understand in advance the nature of the music, and what’s more important, the musicians understand the nature of the brands writing the checks, and close relationships have been forged between brands and musicians which have created a delicate but manageable balance.

Managing the risk of influencer marketing

That’s the big risk of influencer marketing – that your influencer will go rogue and do something stupid that will taint every brand he has ever promoted.

Some influencers are in fact savvy marketers, who have something useful, important, or entertaining to say. They are able to speak with eloquence and add to the cultural zeitgeist. Others, however, are lucky buffoons who did something stupid in front of their smartphone camera, to wake up one day to find their video had gone viral, and corporate marketers who ought to know better are suddenly throwing money at them. Suddenly flush with unexpected cash, they reason that if being an idiot in front of a camera earned them this much. They will then be an even bigger idiot for the next video and earn even more. Then suddenly, marketers find themselves associated with an influencer who has created an anti-Semitic video, and tarnished every single brand they have ever promoted.

Managing risk in influencer marketing starts with due diligence. Finding influencers who have a large following, but still align with what your brand represents. It also involves finding influencers who are willing to work with you. Especially, who understand that they have crossed into the realm of a professional publisher, and must act accordingly.

For more interesting discussion, write us at: info@aaranyaadvertising.com 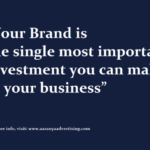 Your BRAND is nothing without TRUST! 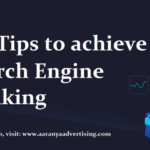