The life and death of “Ad Networks”

The ad network is a great business model. No, it’s amazing. You could start one in the morning with two people and be making 200K by the end of month. It’s easily done. You just need to know the right people at the right agencies – and if your story is reasonably compelling, you’ll be on multiple plans. We offer personalised re-targeting. BOOM! We offer social re-targeting. BOOM! We have a semantic behavioural re-targeting platform (SBR). Oh yes! How much money do you want, son? If you had half a brain and modicum of sense you could make “mad cash” in the ad network game.

But things have started to get a little more complicated in the last twelve months for the ad network. They used to have a monopoly on inventory aggregation and optimisation. The advent of DSPs and SSPs has changed the rules of the game. The ad net’s biggest client, namely the agency, is setting up trading desks to buy and optimise inventory in-house. And publishers are abandoning them for the SSPs and private exchanges. Some senior agency industry people reckon that the end is nigh for the once mighty ad network. So should we be calling time? Let’s examine some of the reasons why the ad network will die and indeed why it will power on.

Why The Ad Network Model Is In Real Trouble?

There’s been so much written on the subject on DSPs and the ATD (Agency Trading Desk) that it’s pointless to even summarise the high-level points. It’s been all been boringly tame and relatively friendly stuff. Don’t be fooled. DSPs were conceived to allow agencies to compete on equally footing with ad nets – in terms of inventory aggregation and optimisation. And that is a fact. You don’t believe me. Go ask agencies if the number of ad nets on the media plan has decreased – and whether increased budget has been put into the DSPs at the expense of ad nets. This buying trend is become more evident across agency land – and it will become more pronounced over the coming months.

The sell-side is abandoning for the SSPs and exchanges

When the SSPs arrived on these shores some two years ago, they worked with publishers to manage ad network relationship. Since then they’ve morphed into trading platforms for publishers, enabling them to sell inventory to the entire market. If this wasn’t bad enough players like OpenX, Google and Audience Science are looking to manage yield across all classes of inventory. There are slim pickings for ad nets in the premium space. Sure there are some top-tier publishers and niche B2B players working with ad nets. But how long for? There are exceptions. For the minute anyway ad nets look a little beaten on the sell-side. And that includes the long tail as well.

The post impression CPA metric is in the exit lounge

It is evident that post view CPA as a “pure racket”. Much of DR campaigns are based on this metric. Attribution is a massive issue in the industry. Affiliates are up in arms about post impression CPA, because they are still working on the post click model – and who the hell clicks on ads anyway. It’s very much high on the agenda of most agencies. Some ad nets are making a lot of cash gaming the current model by engaging in merciless cookie bombing.

I want to see what and where you bought

It has long been the favourite throw-away line of many an ad network. Agencies used to be happy this mystical “special sauce” – and if it ain’t broke why fix it. But in the age of the DSP, it’s all about price and inventory transparency. Where and what are you buying have become the standard questions for agencies when taking their ad net rep to task. If things couldn’t get any worse, along comes ad verification. It is making transparency a given for most campaigns now. Ad nets not conforming to the new agency diktat will be banished from the plan.

And The Reasons Why Ad Nets Are Rock Solid

We can iterate our model

The one of the key strengths of the ad net model is its flexibility. It’s now evident that some ad nets move closer to the demand side – and some who have gone down the sales house/premium rep route. The emergence of the Demand Side Network is an interesting development. Effectively, it’s all about dynamic inventory – no need for publisher acquisition teams here. Its first and only responsibility is to the agency/advertiser. The DSN’s are focusing on execution – and the optimisation layer is critical to its offering.

On the brand side there are several ad networks working closely with B2B and niche publisher to sell customised ad packages. Their focus is getting the best price for publishers. The sales house lives on. The other key development in the ad net space is the supply piece. Ad nets are now making inventory available in real-time to the demand-side. DSPs are plugging into ad nets to access supply that’s not available through exchanges and SSPs. We will see more of this for sure.

The agency strategy is disjointed

The thing to remember about the agency holding company is that it is very much a political beast. You have a number of agencies within a group who are effectively competing with each other – from market share to clients. Centralising exchange-trading would effectively be ceding buying power – and a loss of control. This is the reason why most DSPs or Agency Trading Desks are only appearing as a line item on the plan – instead of being the de-facto “buying portal”. And it’s probably the reason why many agencies within the holding company will want their own buying desk. The P&L is still crucial in the agency world.

The big agency media buyer’s first responsibility is to the client. In the short term it will mean ad nets will still be successful. But they will begin to feel the pinch from the likes of GMM – which is positioning itself as an ad network solution. The most fascinating development in agency land though is the exodus of talent. Frustrated by old school agency politics, many are jumping ship to join ad trading start-ups or client-direct exchange teams wholly focused on automated trading.

The ad trading start-ups might not look like ad nets in the truest sense – and the core ad net skills of optimisation are baked into their DNA. These companies work close with advertisers and agencies, and are in some cases delivering better results than the ATD. I wouldn’t be surprised to see some of these marketers moving 100% of their display budget to these specialists over the coming twelve months.

Ad networks get a lot of stick for making lots of margin – but the reality is they deliver for the agency. The tools might be available but the know-how and talent still resides within the ad networks. Granted GMM is taking a stab at luring talented people from ad nets to build its own offering. But the reality is that most agencies don’t have the deep pockets to lure the optimisation superstars. This is just an economic fact.

And now the game has changed again. With 188 billion “brand safe” impressions available monthly across the European exchanges it’s clear that new skills like bid management are going to be necessary if any buy-side vendor is to compete in the growing automated space. But where are those people? Most are working in the latest iterations of the ad network model – namely the exchange traders and DSNs.

What next for the once mighty ad network?

To say that all ad networks are going to go under would be disingenuous. I will say that the traditional arbitrage, cookie bombing model is screwed. Price and inventory transparency is now the name of the game. And that will have to become a key offering if ad nets are to win budgets. This is short term stuff though. So If we were to jump ahead a couple of years it becomes a lot more uncertain. Agencies and ad nets won’t be able to work together harmoniously.

Someone somewhere in one of the holding companies is going to force through centralised exchange-buying, making media buyers trade through the agency’s own proprietary buying portal. What that means for ad nets is uncertain. So will they just aggregate and supply inventory to agency groups? The ad nets will have to go to source – and try to win the client direct relationship if it is to survive as a viable business model. And I expect this to happen. It’s a given.

Is the traditional ad network model going to die off ? More than likely. We will be left with a turbo-charged hybrid of the agency and ad network. It will gain the client management skills and retain the key optimisation skills. It might not have a publisher acquisition element depending on the success of private exchanges, SSPs et al. So the ad network is dead. Let’s make way for the agency network. 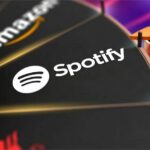 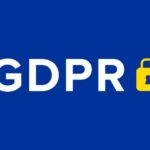 Now that the GDPR is here, what’s the way forward for consumers as well as businesses?