App marketing is critical but at the same point it purely depends on the tactics devised. It doesn’t matter how good an app is if it can’t be found in the App Store. So many companies invest a lot of money in the creation of apps, but wonder why they are not loaded.

App marketing is therefore essential and decisive for success in order not to get lost among the numerous apps in the App Store. Since, according to admob, most smartphone users search for new applications in the rankings of the app stores, it is important to optimize the app in these lists to the first positions.

Since the positioning is largely influenced by the number of downloads, it is important to also use other channels to advertise an app.

How do I make my app popular?

In-app advertising is a very efficient way of promoting your own app. This is where other thematically similar apps are advertised. In addition, the company website can be used to advertise your own app. Trade magazines, blogs, forums and social networks are also ideal for app marketing.

It is important to use the channels through which you can reach the target group. If the app reaches the target group, it mostly spreads through word of mouth. Viral campaigns are especially useful here to stimulate recommendations.

First of all, start with having an honest idea of who your app is for. Research well to understand your users. Their age, their lifestyle, their spending habits, their recreational habits, the other factors that allow you to know who you’re selling to. Don’t attempt to cast as wide a net as possible and say the app is for everyone. An entertainment app that’s fashionable college students might not necessarily appeal to retirees.

Similarly, if you’re planning an app, and you see that one among your competitors has already tried marketing it a specific way and failed, why would you would like to court that very same failure yourself?

Knowing your market isn’t almost knowing your audience, but it is also about knowing what your peers and competitors are doing in order that you’ll remain relevant and original.

Over 70% of individuals who discover an app on the iOS or Google Play store have done so as a results of browsing through an app store itself.

Craft carefully your App title, tweak your description to form it as simple but appealing as possible. Design a catchy icon. Use screenshots that represents selling points and benefits of the app. These small efforts will make the difference between an impulse buy and moving on to the opposite available app.

Getting positive reviews are a critical a part of this process. It’s not unusual for users to research their buying, and apps are not any exception. If you’ve created an app that you simply know a lot of users who will enjoy or find useful, confirm to encourage people to share so. Your own marketing and promotion of the advantages of a product are important, but people already expect you, the developer, to market your product.

Influencers are the one who generate opinion and has huge fan-base to share his views. The important thing, however, is someone with thousands or maybe tens or many thousands of followers is promoting your app on to their following. The sole thing that carries more word-of-mouth influence than a positive referral from someone a customer knows is that the same thing from someone who is well-known and admired. Engaging an influencer is usually less expensive than securing a star endorsement. It is often much more effective when correctly utilised.

Once the audience start talking about an app, those users, and their followers will begin to realize traction. Gain enough traction, and your app now gets more visibility. Especially if this is often combined with effective social media use, like hashtags.

Never ignore the organic value of excellent search engine optimization. People will still use hashtags and search engines to look for more information about your app. Taking advantage of strong SEO practices will ensure that when people try to seek out that information, they will get thereto quickly. That applies to the app store also on general search engines like Google.

For more personalized business consultation, write us at: info@aaranyaadvertising.com 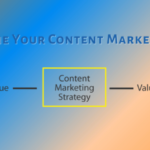 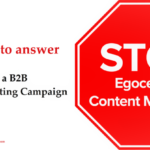 3 Questions to Answer Before Starting a B2B Content Marketing Campaign